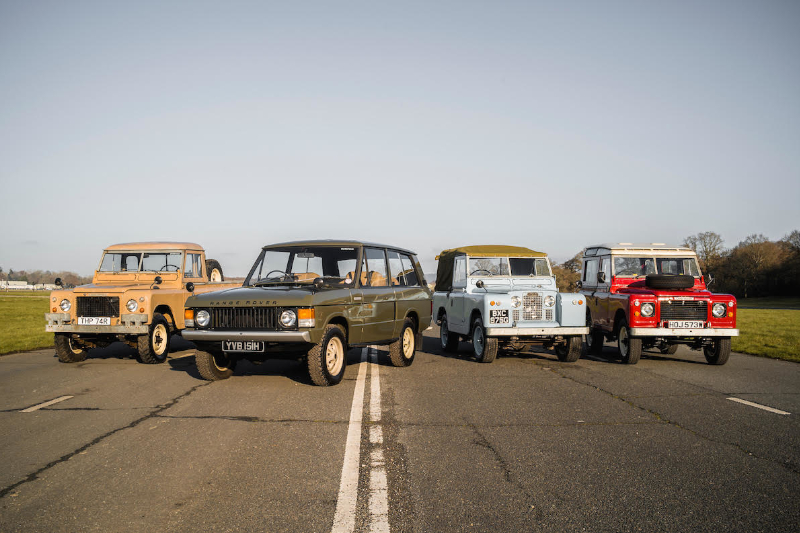 In an exciting new development, the third edition of Land Rover Legends moves to Thruxton Circuit in Hampshire, now with a Summer date of 6th and 7th June. This famous venue offers a host of new features and activities, with the added bonus of the event sitting alongside the Thruxton Historic race meeting, also taking place that weekend. Land Rover Legends tickets will be valid for the Thruxton Historic at no extra charge, providing even more entertainment for enthusiasts and the whole family.

Visitors can expect all the usual Land Rover Legends show features such as the Star Cars, National Awards, unique displays, anniversary celebrations, clubs, parades, exhibitors and traders – plus a few extra surprises thanks to the Thruxton Historic event happening on the circuit at the same time.

With Land Rover Legends taking place in its own area of the historic WW2 airfield that once was RAF Thruxton, the venue offers extensive visitor facilities, including the new Thruxton Centre, a dedicated campsite, a kart track, a skid pan – and a superb 4×4 course on site, which will be open throughout the weekend.

Land Rover Legends is the ultimate show for Land Rover connoisseurs, preservationists, restorers and enthusiasts and will once again showcase the very best examples of the Land Rover, including several rare and unusual vehicles from the Dunsfold Collection. The 2020 event will feature:

The National Awards
The focus of Land Rover Legends is on authenticity and originality, with the event featuring carefully curated static displays of important Land Rovers as well as the annual National Awards for the Most Original, Best Restored and Best Bespoke Land Rover. Previous Awards have attracted a strong list of nominations, with the panel of judges having a tough job to determine the Highly Commended and overall Winner in each of the three categories. Nominations will open in January for submission online.

All Land Rovers and Land Rover clubs welcome
One of the delights of Land Rover Legends has been walking around the Land Rover parking area, spotting the rare and the unexpected, where every Land Rover can be part of the show.

On top of this dedicated parking area for all visitors arriving in a Land Rover, Land Rover clubs are now invited to register for a reserved plot in the club zone, along with a special ticket offer. Organisers will also be asking for those owners with particularly notable vehicles to apply to join the ‘Legends Line Up!’ display feature, located centrally by the main exhibition marquee.

Land Rovers supporting the action on the race circuit
With the Thruxton Historic race meeting running alongside Land Rover Legends, the team couldn’t help but offer their services – so watch out for selected period Land Rovers playing their part in the running of the race meeting, such as providing recovery and shuttle services for drivers and officials. There will even be a Land Rover parade each day on the start/finish line! 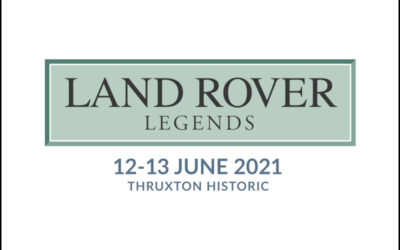 After a year of disruption for so many people, the Land Rover Legends team are excited to announce a return for 2021. Making up for the disappointment of the 2020 postponement, the third edition of Land Rover Legends now takes place at Thruxton Circuit in Hampshire,...