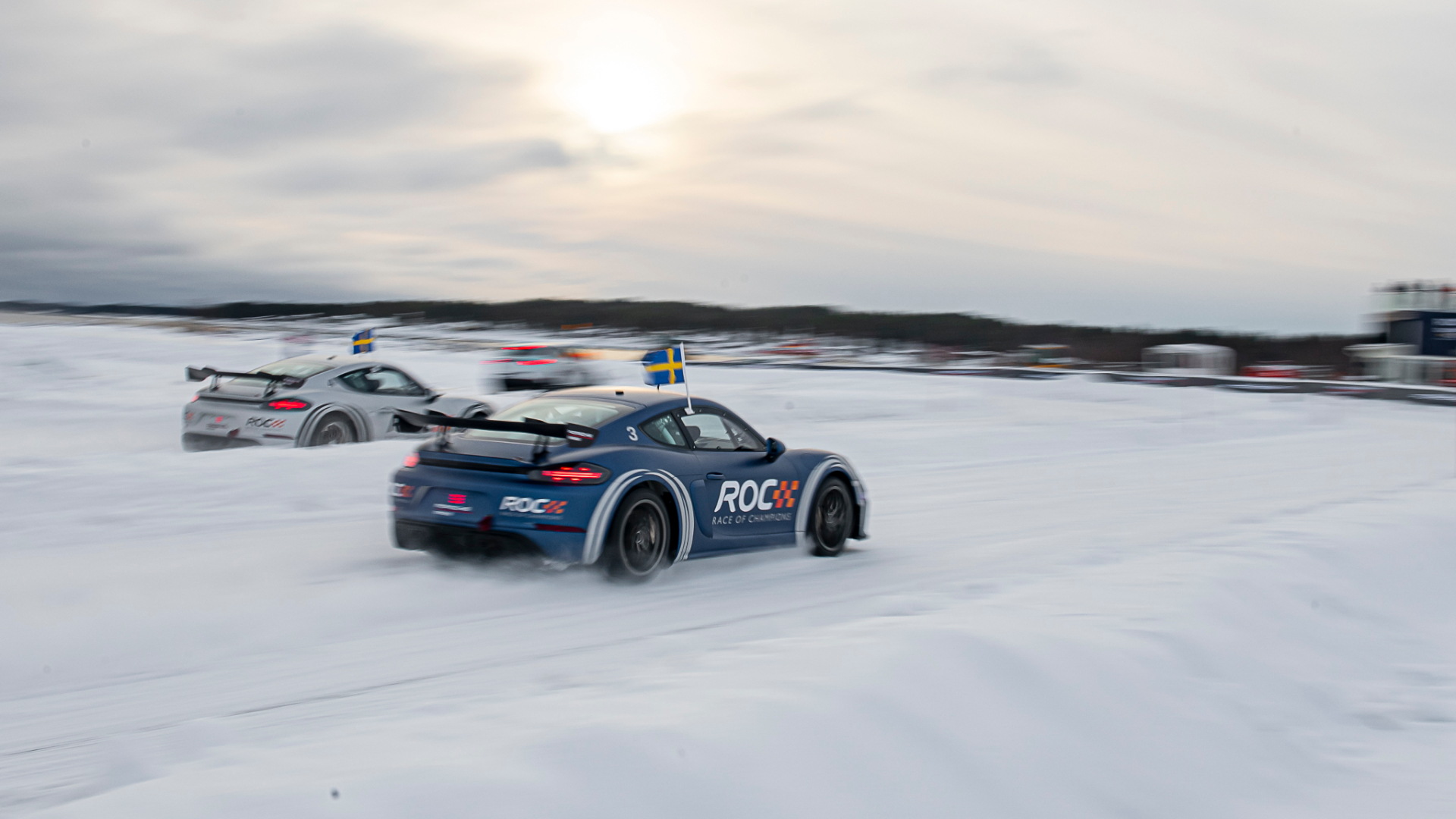 The draw for this weekend’s Race Of Champions World Final has taken place, pitting some of the greatest drivers in motorsport history against each other in head-to-head races – all on the ice and snow of Sweden’s Pite Havsbad.

The stunning venue, situated on the frozen Baltic Sea just 60 miles from the Arctic Circle, will play host to stars from series including Formula 1, NASCAR, Indy 500, Le Mans, WRC and World Rallycross. They will compete in two events: first the ROC Nations Cup (Saturday February 5, 12:00-15:00 CET) where drivers pair up in teams to compete for the title of world’s fastest nation. Then all teamwork goes out of the window for the individual Race Of Champions where they fight to be crowned ROC Champion of Champions (Sunday February 6, 12:00-15:00 CET).

All the action will take place on ROC’s iconic parallel track featuring a crossover bridge, which has been purpose built on ice for the first time ever. And the draw has already guaranteed a range of intriguing duels…

A battle awaits between racing’s rising stars as double W Series champion Jamie Chadwick takes on F1’s Mick Schumacher. And home nation Sweden is represented by a cast of greats including FIA World Rallycross Champions Johan Kristoffersson and Timmy Hansen, who face an early shoot-out. They will be racing for the first time since the 2021 title finale when they finished level on points, only for Kristoffersson to take the crown thanks to one more victory during the season.

Auriol said: “I have always enjoyed competing in the Race Of Champions. It’s going to be a lot of fun to represent France with Sébastien. I did the Rally Del Ticino with a DS3 WRC car last September but I don’t compete very often, so I hope I will not be a handicap for him in the ROC Nations Cup! As for the individual Race Of Champions, I have won it four times, but maybe Sébastien can take his fourth win this year so we would then be tied for the all-time ROC record.”

The draw for the individual Race Of Champions, which was carried out by Tobias Lindfors, Chairman of Pite Havsbad Group, and Kristoffer Lundström, CEO of Pite Havsbad Group, splits the field into two halves. On one half are the international racing drivers; on the other are the rally drivers and those with more experience of off-road driving. The winners of each half of the draw will meet in the Grand Final.

Because the track conditions on snow and ice can change quickly depending on the weather, ROC’s traditional group stage will not take place because it often results in ties that require a countback of fastest laps. Instead events at the 2022 ROC World Final will use a straight knockout system.

To make it as fair as possible, races in Round 1 and the Round of 16 of the individual Race Of Champions will be decided over two heats, switching start positions each time. In the case of a 1-1 tie, the driver with the best total time will advance. In the ROC Nations Cup, races in Round 1 and the quarter-finals will be decided over four heats, so each driver will race against both drivers from the other team. In the event of a 2-2 tie the team with the best total time will advance.

Didier Auriol will be attending as an ambassador of French brand, GCK Exclusiv-e, and he will pilot the new Lancia Delta Evo-e R during a special vintage exhibition on both days. This limited-edition project features an electric powertrain and other new-age materials and engineering retrofitted into the legendary Lancia Delta Integrale –one of the most successful race cars in WRC history, posting 46 victories and winning the constructors’ championship a record six times from 1987 to 1992.

“This modernised Lancia is a perfect statement to make at this year’s ROC,” said ROC President Fredrik Johnsson. “That car was dominating rally when we launched our event 30 years ago, and now both the car and the race are being reinvented to advance the important issue of sustainability in motorsport.”

For access to rights-free high-resolution imagery and to keep up with all the latest news ahead of this year’s event please visit www.raceofchampions.com, Race Of Champions on Facebook plus @raceofchampions and #ROCSweden on Twitter.

Drivers competing at the 2022 Race Of Champions World Final