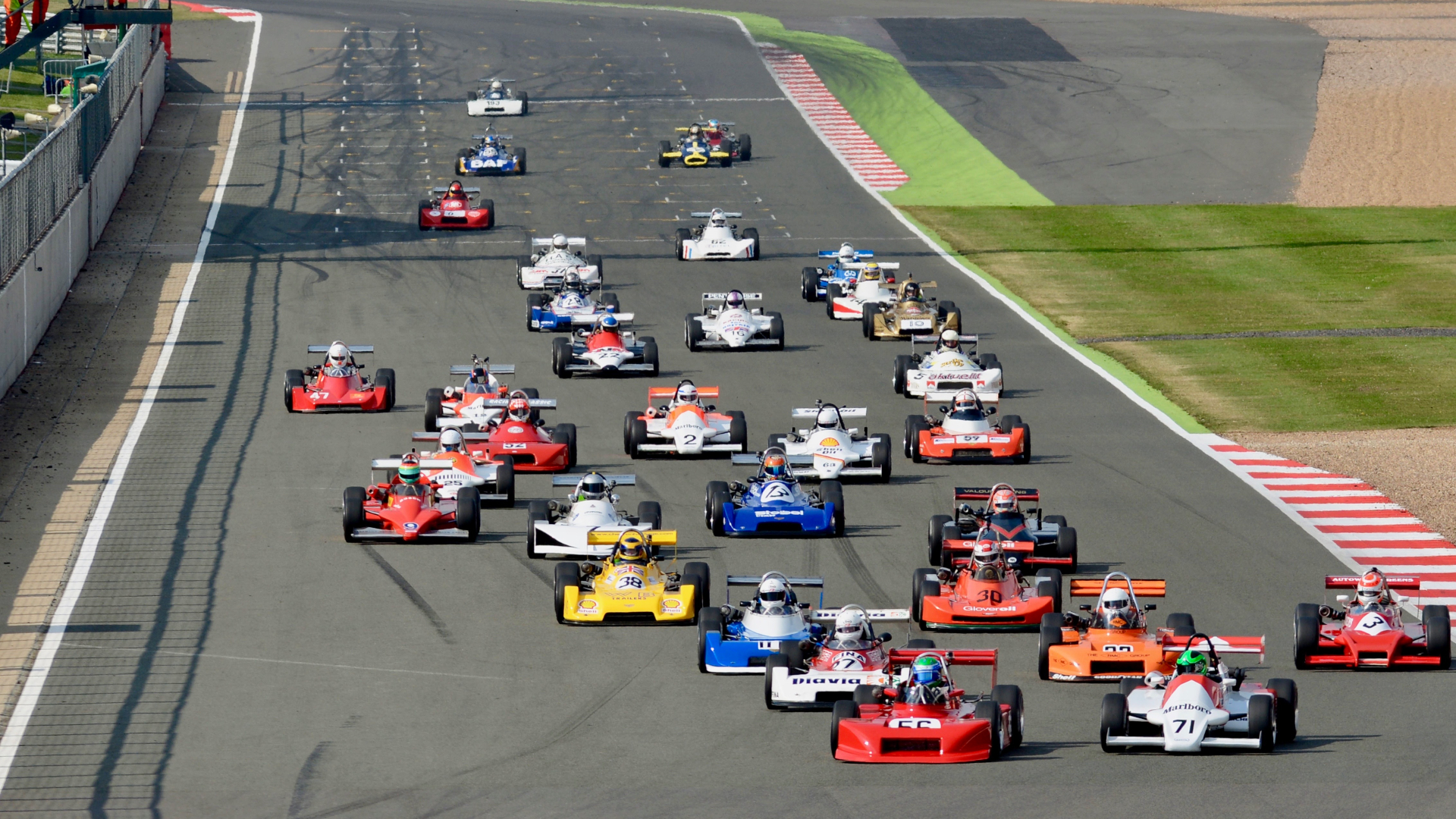 The unrivalled programme of epic retro races starring at The Classic (26-28 August) is almost complete with news that evocative cars from Formula 3’s most glorious era will be making a welcome return to the bumper Bank Holiday Silverstone line-up this summer.

It is only the third time classic F3 has been on the bill at the world’s biggest historic motoring festival and, adding to the excitement, the weekend’s double-header races will bring a very special Anglo-French crusade to a thrilling conclusion.

Maximising the huge popularity of F3 revivals on both sides of the Channel – and thanks to a significant partnership between the Historic Sports Car Club (HSCC) in Britain and leading French promoter HVM Racing – an enthralling four-round contest has been established for 2022.

Called the F3 Classic Interseries, this unique challenge will take place at four high-profile events – the opening two in France at Dijon and Paul Ricard, the second two in the UK, first at Brands Hatch with the grand finale at The Classic.

Andy Dee-Crowne, CEO of the HSCC said: “This is another very positive development from our strong relationship with HVM Racing in France. It is very fitting that the circuits hosting the F3 Classic Interseries were all Grand Prix venues during this golden era of Formula 3 and having a round at Silverstone as part of The Classic is really the icing on the cake.”

With pre-1985 2-litre F3 racers from both domestic series running to the same technical regulations – and entries open to drivers from across Europe and even further afield – a bumper turn-out is predicted. The record 36-car entry set at The Classic in 2019 is certain to be exceeded as some of motorsport’s most memorable encounters are revived.

Back in the Seventies and early Eighties, Formula 3 was the global proving ground of future world champions. It was where legends such as Ayrton Senna, Nelson Piquet, Alan Jones and Alain Prost all earned their fledging spurs en route to international stardom.

Now many of the single-seater cars raced by those luminaries – and others of the same period – once again will be lining-up at The Classic. Argos, Chevrons, Dallaras, Marches, Martinis and Ralts will be reliving their glory days in front of huge crowds enjoying their August Bank Holiday weekend at the home of British motorsport.

“Whether it was Nelson Piquet duelling with Derek Warwick or Ayrton Senna battling with Martin Brundle, that age of Formula 3 is fondly remembered by lots of motorsport enthusiasts,” remarked Nick Wigley, CEO of The Classic promoter Goose Live Events. “Many of those well-loved cars are back competing today and we are working closely with the Historic Sports Car Club and HVM Racing to put together a field that will not only be the biggest F3 grid ever assembled but also one that’s full of iconic cars, many still competing in their famous period liveries.”

In total, The Classic this year will feature 14 different stand-out grids reviving all of the sport’s greatest epochs with entries often mustering more than 50 prized icons from yesteryear.

A number of these evocative collections – including HGPCA Pre ’66 Grand Prix Cars, Masters Historic Formula One and Masters Endurance Legends – will double up with races on both Saturday and Sunday. Others such as the Adrian Flux Trophy for Transatlantic Pre ’66 Touring Cars, the Royal Automobile Club Historic Tourist Trophy and MRL Pre-War Sports Cars ‘BRDC 500’ will enjoy longer, single showdowns over the action-packed weekend.

A full list of all 13 confirmed grids is now available below and on the event’s website (www.silverstone.co.uk/events/the-classic). The final headliner ­– a stunning new addition to the action-packed timetable – will be announced in the coming weeks, along with news of the up-tempo live music performers plus an incredible line-up of great Bank Holiday off-track entertainment for all the family to savour in the summer sunshine at Silverstone.

Providing exceptionally good value, all tickets for The Classic give access to both racing paddocks, open trackside grandstand seating, all three nights live music plus the vast majority of the fabulous family entertainment and attractions on offer – all being enhanced for the Bank Holiday in 2022.

Those seeking to buy their tickets at the best prices must purchase before the end of this month to beat the price increase that will take effect on Tuesday 1 February.

For those booking now, three-day tickets are currently available from just £125 with adult daily admission starting from £49. Camping and VIP hospitality are also available. There will also be an opportunity for all ticket purchasers to make a welcome donation to Alzheimer’s Research UK, The Classic’s official charity partner.

Full details of tickets for The Classic 2022 at Silverstone can be found at: www.silverstone.co.uk/events/the-classic.

← Prev: MOTOFEST COVENTRY IS BACK FOR 2022 AND LOOKING TO THE FUTURE 100 DAYS TO GO UNTIL SEASON THREE BEGINS IN MIAMI →