REFUELLING PASSIONS AT THE CLASSIC CAR DRIVE IN WEEKEND 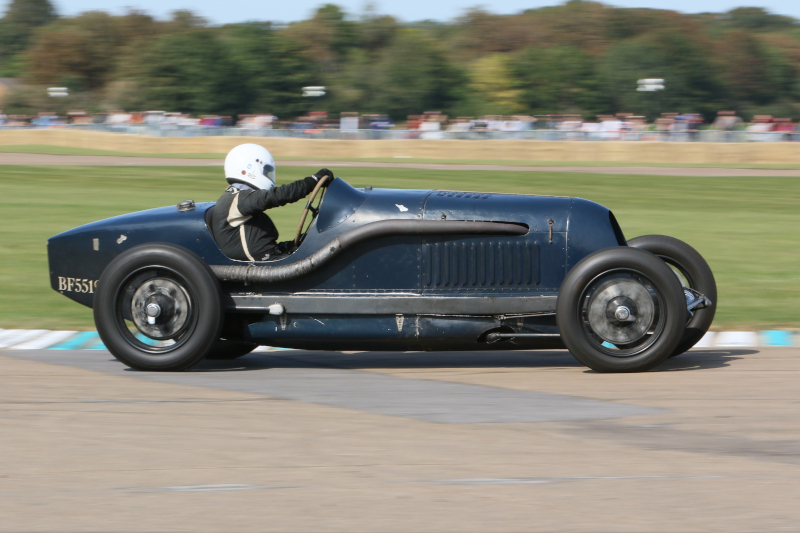 The Classic Car Drive In Weekend has been widely acclaimed as a wonderful success, richly rewarding the enthusiastic classic car community with a very welcome Covid-compliant show in the warm sunshine at Bicester Heritage.

The magical sights and sounds of more than 1000 glittering automotive icons attracted 8,000 kindred spirits to what was the biggest reunion for car lovers since lockdown. With so many attending over three remarkable days, the 444-acre former WW2 RAF Bomber Training Station in rural Oxfordshire ensured social-distancing guidelines were successfully observed at all times.

From safe trackside spectating bays, visitors were thrilled as more than 60 motor sport icons revved up and lapped Bicester Heritage’s own test track. Crowd-pleasers included an eccentric array of vintage racers, Grand Prix cars of all ages plus a special tribute to rally legend Colin McRae who became the first British driver to lift the World Rally Championship title exactly 25 years ago in 1995.

In between five daily live performances, show-goers were treated to some magical car club collections as well as a special reserved parking display featuring hundreds of classics driven to the sun-drenched event by those attending. Ticket holders were also free to wander around the restoration and historic automotive specialists resident at Bicester Heritage, the UK’s acclaimed first Centre of Excellence for Historic Motoring.

On the other side of the vast airfield, two drive-in cinemas screened a great selection of car-centric movies selected expressly for petrolhead audiences with Rush, The Italian Job and Le Mans 66 proving to be the most popular attractions.

Dealer exhibits and a busy – yet socially-distanced – Classic Marketplace were equally popular while another dose of normality was provided by the first drive-through auction hosted by Bonhams MPH since lockdown.

The Bonhams MPH sale was staged in the vast and airy Hangar 113 with active bidders socially distanced in the room as well as online and on the phone as has become the norm in recent months. More than £1m worth of lots went under the hammer with a 2018 McLaren 570S Spider supercar topping the shopping list, exceeding its top estimate and selling for an impressive £95,625 as well as an outstanding early 1962 Jaguar E-type Series 1 for £76,500.

“After such a long, hard summer The Classic Car Drive In Weekend was really quite emotional,” admitted Bas Bungish, show director. “We set out to refuel the passions of the classic car community and it was heart-warming to see so many smiles back on faces.

“There were beaming drivers, happy to be back behind the wheels of their amazing cars, contented traders relishing the chance to get their businesses back on track and car clubs catching up with their impassioned members. For many, it was the first time they had ventured out this year and they were obviously delighted to be renewing old friendships, albeit from a safe distance. With the help of some brilliant weather, I feel we have successfully reignited passions and raised pulses among those who have clearly been missing such entertainment.”

With its wide-open spaces, rich array of on-site specialists and enviable reputation, Bicester Heritage was the perfect venue for The Classic Car Drive In Weekend.

“It’s fair to say that The Classic Car Drive In Weekend exceeded all our expectations breathing new energy and excitement back into all those lovers of classic cars,” enthused Shaun O’Hara, Event Director at Bicester Heritage. “It was fantastic to see so many visitors re-igniting their passions here at Bicester and we congratulate all those at Brand Events for creating such a stunning – and safe – event in what we all acknowledge aren’t the easiest of times.”

Not resting on laurels, The Classic Car Drive In Weekend team will now switch its focus onto the organisation of a socially distanced and Covid-compliant version of next year’s The London Classic Car Show, as well as planning for a return visit to Bicester Heritage, more details of which will be announced in the coming months. 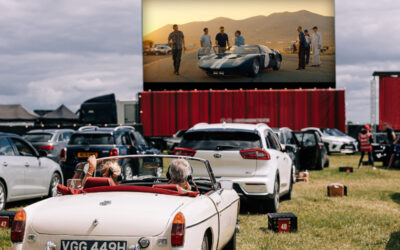 Final preparations for the eagerly-anticipated The Classic Car Drive In Weekend are now completed with gates at Bicester Heritage ready to open to the public at 10am tomorrow (Friday) morning. For the next three days, the sun-drenched 444-acre former WW2 RAF Bomber... 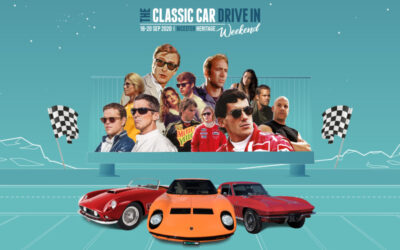 Classic car lovers start your engines – the wait is almost over. After so many spring and summer cancelations, this week’s innovative The Classic Car Drive In Weekend (18-20 September) welcomes buyers, collectors and petrol-heads to the ultimate Covid-compliant,...

LE MANS RACES INTO THE CLASSIC CAR DRIVE IN WEEKEND

The Classic Car Drive In Weekend (18-20 September) will pay special homage to the epic Le Mans 24 Hours race when it opens its doors at Bicester Heritage, Oxfordshire in less than two weeks’ time. With this year’s postponed running of the famous twice-around-the-clock...