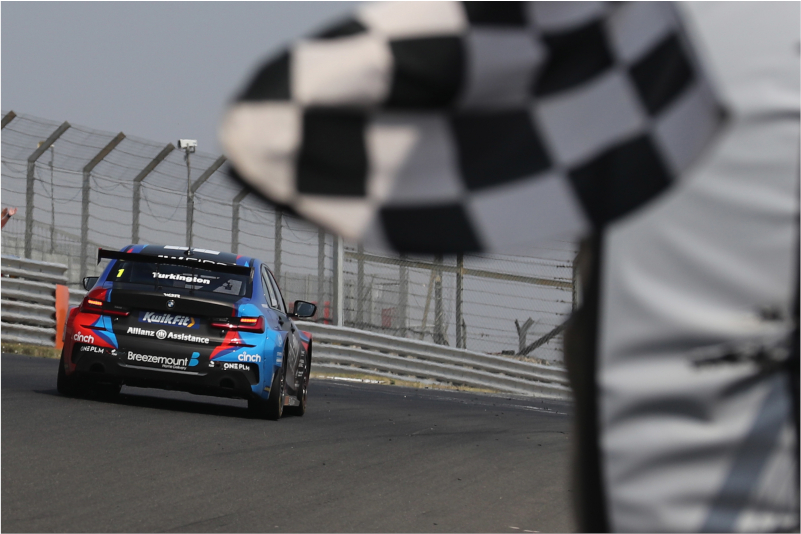 The 2020 Kwik Fit British Touring Car Championship is beginning to take shape with Colin Turkington extending his advantage at the top of the standings following the second event of the season at Brands Hatch.

Whilst the exciting showcase of races provided three different winners, Turkington took a top five treble to preserve his unblemished scoring record so far this season.

Halfords Yuasa Racing’s Dan Cammish brilliantly won the opener around the legendary 2.43-mile Grand Prix circuit – seemingly banishing his demons from last season’s last gasp title heartbreak – before misfortune returned for the Yorkshireman, culminating in a zero score for the remainder of the day.

The Motorbase Performance Ford Focus of Butcher controlled much of the running – albeit coming under constant pressure from Cammish and reigning champion Turkington – before a late safety car period bunched up the field.

Contact between Matt Neal’s Honda and Aiden Moffat’s Infiniti caused the delay, which ultimately played into Cammish’s hands as Butcher suffered with a puncture immediately after the restart.

An emotional Cammish admitted to shedding a tear as he crossed the line, putting those painful memories from last October behind him, when his title challenge ended in the barrier at Hawthorn Bend.

Turkington settled for second whilst a jubilant Ollie Jackson completed the podium. A consolation prize for Motorbase may be, but it will mean much more than that to Jackson as he registered a second career BTCC podium.

Four-time champ Turkington then fended off a feisty Tom Ingram in the second encounter, whilst title rival Cammish hit trouble.

Cammish bogged down from pole position and initially dropped to fourth as Turkington and Ingram took charge at the head of the field, but the Halfords Yuasa Racing man was soon back into third to set up a three-way tussle for supremacy.

Toyota Gazoo Racing UK with Ginsters’ Ingram put Turkington under intense pressure early on but soon had to be cautious with Cammish’s Honda Civic Type R close behind.

The battle ended prematurely, however, as Cammish’s car cut out whilst running through Surtees and the entire field streamed by the stuttering Honda.

Turkington eventually pulled away to take a comfortable win from Ingram, whilst Laser Tools Racing’s Ash Sutton completed the podium.

The story of the race belonged to Butcher as the Motorbase Performance driver roared back from 25th on the grid to take fourth at the finish, eventually passing team-mate Jackson.

Oliphant made one of the passes of the season so far as he blitzed around the outside of Aiden Moffat and Stephen Jelley on the run down to Paddock Hill Bend to take the lead.

When the dust settled after the early skirmishes, Oliphant had two of the series’ great racers – Sutton and Butcher – directly behind him. With the majority of the contest still remaining you could be forgiven for thinking that Sutton or Butcher may have made their way through to the front, but Oliphant proved his pace, prowess and professionalism by not putting a wheel wrong.

Sutton tried every which way but Oliphant would not be denied as he crossed the line in front of his delighted West Surrey Racing team – also scoring the 300th podium in the BTCC for BMW.

At the conclusion of the second race weekend it is Turkington leading the Drivers’ standings, 16 points ahead of Sutton.

Team BMW top the Manufacturers’ and Teams’ orders, whilst Sutton and his Laser Tools Racing squad head both Independents’ categories.

Michael Crees maintained his advantage in the Jack Sears Trophy.

Dan Cammish said: “It was very tough coming back here. I had a lump in my throat yesterday and, I won’t lie, I shed a few tears then. For the team to bounce back and for me mentally to recover, I’m really pleased and so proud of everyone involved.

“What a race car they’ve given me. I pushed Rory early on; I didn’t let him have it easy. I had to give him a bit of a break in the middle of the race. I knew if I kept pushing him, obviously with what happened in practice with his blown tyre, I just thought maybe the car couldn’t take it and low and behold it just let go I think with a couple of laps to go. It’s a shame for him, but the guys have given me a great car so I’m happy to get to the end of that one. Another win.”

Colin Turkington said: “The 3 series was just beautiful. It was like Donington, I had to try and beat Dan Cammish to the first corner, which I did with no problem. But the pressure was on from there. It was Ollie Jackson initially and then Tom Ingram hot on my heels, a tough race because when you’re leading you can’t afford any mistakes – the guys get a sniff and they’re right on you. It was a close to perfect race and a big thanks to the team because, like at Donington, my car was improved for race two and that’s why we had that outstanding pace, so I’m really pleased to chalk another win.

“The weather is perfect for us today but it’s very important to capitalise on days like this. Because our season runs in November this year, which will be cold wintry and dark which doesn’t necessarily favour us so much. It’s important for us to be strong in the summer months, which we usually are, so there’s no feeling like crossing that line in first place.”

Tom Oliphant said: “Honestly, it was incredible. The overtake was spectacular around the outside and then having Sutton right behind me the whole race – I couldn’t think of a worse person to be following me. But I just held onto the tyres, knew where I was strong and made sure I got the exits right, and towards the end the car was mega. I can’t quite believe it; I’m over the moon.

“We didn’t have the best of tyres – we used all our best ones in the first two races so as soon as I got in the lead and I saw it was Sutton behind me I was up for a fight. I think he suffered with his tyres behind me a little bit and maybe some overheating, so that gave me a little bit of an advantage. I think that’s the first race where I haven’t made a mistake. I can’t believe it. True credit to the team and this one’s for my dad and my girlfriend Jen who’ve been with me for the last ten years through all the hard times and the good.”

← Prev: A NEW CLASSIC CAR SHOW FOR A NEW ERA BEAULIEU ANNOUNCES SIMPLY FRENCH AS ITS RECORD-BREAKING FIFTEENTH RALLY OF 2020 → 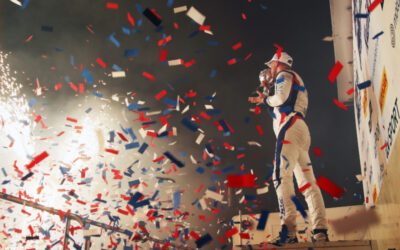 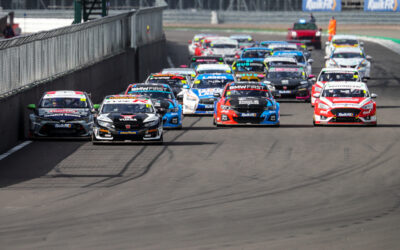 TOCA, organiser of the Kwik Fit British Touring Car Championship, has today (15 March) confirmed minor revisions to the previously issued 2021 BTCC calendar as a result of the government recently issuing its roadmap for the easing of restrictions. While the opening... 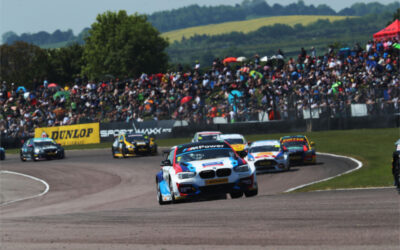 Series Organiser, TOCA, has today (14 January) issued a revised calendar for the 2021 Kwik Fit British Touring Car Championship. In order to maximise the opportunity for spectators and guests to attend our events, it has been decided to shift the start of the campaign...