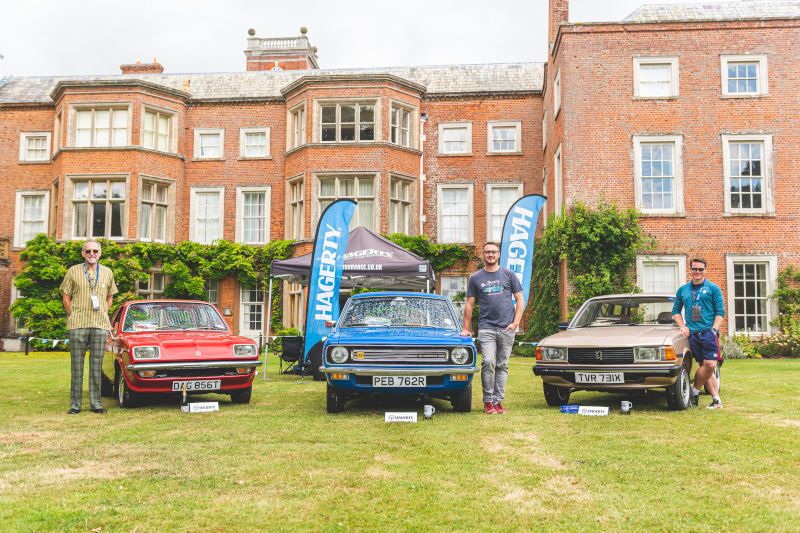 Hagerty, global experts in classic car insurance, valuations and events, recently announced dates for the 2020 Festival of the Unexceptional. Originally staged back in 2014 as the first event of its kind in Europe – to celebrate the ordinary, everyday cars that we all grew-up with, but have now all but disappeared – the light-hearted Festival of the Unexceptional has achieved cult status around the world. The increased awareness and popularity of the Festival ensures that many now understand unexceptional as a term of endearment rather than a derogatory dig.

With every event and activity launched Hagerty seeks to amplify and enhance the simple pleasures of classic car ownership. The first Festival of the Unexceptional offered a truly relaxed atmosphere within the classic car calendar and ensured the car remained firmly as the star. Festival is friendly, open, inclusive, relaxed and fun. As such, entry for show cars is free, 1000 show tickets are also offered free of charge with the remaining tickets sold at a low price all helping to create an event for the many rather than for the chosen few.

What does it mean to be unexceptional? It is a car once seen with alarming regularity, a staple sight on UK streets and motorways, a car that mum or dad may have owned and is often a car you may not have given a second glance in period. It is not a limited production rarity, or a car widely admired and cherished, rather it is a car that was once mainstream and yet forgettable enough to be allowed to fall into near extinction without many mourning its loss. Think Datsun Cherry, Vauxhall Chevette, Yugo 45, Skoda Estelle, Renault 4 and Honda Ballade. When did you last see one? Many think a new Italian supercar provides exclusivity on UK roads when, in fact, a 1986 Cavalier 1.6L is rarer.

The 2020 event takes place at Grimsthorpe Castle in Lincolnshire on Saturday 25th July and unexceptional vehicle owners can submit their cars for inclusion in the 2020 event from February 14th at: http://www.unexceptionalcars.co.uk.. While the entries are wide and varied, all cars selected have a real chance of taking outright honours.

At the inaugural event Edward Rattley was chosen as the judges winning car with his immaculate Nissan Cherry, a truly unexceptional car as it was once such a common sight but is now very rarely seen. 2015 saw Barry Williams take the top spot with a Ford Escort Mk2, though this wasn’t a high-value RS model, this was a base-spec 4 door, truly unexceptional. Commercial vehicles are eligible for the Festival too, and in 2016 Matt Knowles impressed the most with a glorious Marina Pick-Up. 2017 saw another hugely popular family car take the gong as Mark Ashbridge wins with his pristine Datsun Sunny. Not often seen thanks to poor corrosion protection, it was a delight to award Guy Maylam first place in 2018 for his rot-free, factory condition Chrysler Alpine and only last year the finest honours went to Michael Carpenter who presented an honest, original, lowly specified Marina Estate to the grateful judges and show goers. 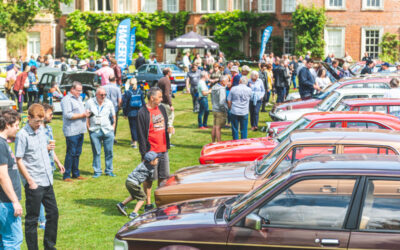 Hagerty invites owners of deliciously dull vehicles to nominate them for a space on the concours lawn at the 2021 Festival of the Unexceptional. If you own an Opel, maintain a Morris, fettle a Fiat, cherish a Chevette or run a Reliant this is your chance to show the...

HAGERTY CONFIRMS DATE FOR 2021 FESTIVAL OF THE UNEXCEPTIONAL: SATURDAY 31 JULY

Dust off your Datsuns, polish your Peugeots, and rev up those Reliants! Hagerty is delighted to announce that the world-famous Festival of the Unexceptional will return in 2021. The Concours de l’Ordinaire – quite literally, a show dedicated to sharing some of the...

2020 FESTIVAL OF THE UNEXCEPTIONAL POSTPONED

Hagerty has postponed the 2020 Festival of the Unexceptional until 2021. In light of government guidance surrounding Covid-19, the team behind the delightfully unconventional cult car show, due to be staged on 25th July, took the decision to guarantee the safety of...